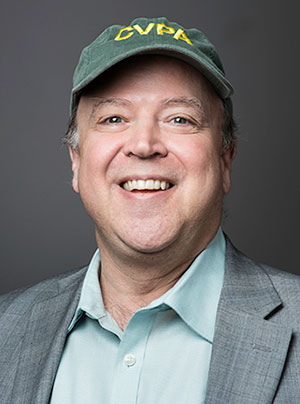 Rags is a special creature in the history of the American musical theater and in the work of its blue-ribbon creative team. Joseph Stein, who wrote the book for Fiddler on the Roof among other masterpieces, conceived of Rags as, initially, a cinematic sequel to Fiddler. The lyricist, Stephen Schwartz, had already triumphed with Godspell and Pippin. Composer Charles Strouse had Bye Bye Birdie and Annie to his credit. If ever there was a recipe (and a pedigree) for success, this team had it. And yet, the original production, starring the magnificent opera singer Teresa Stratas, ran for only four performances on Broadway in 1986.

The raw materials of Rags were (and are) so rich, so strong, and so persistently timely that the creators could never put the piece completely aside. Various versions have been workshopped and performed in professional and college theaters over the ensuing decades. Joe Stein passed away in 2010, and the task of revising the libretto for this version shifted to David Thompson, a writer with a strong record of creating original works (such as The Scottsboro Boys and Steel Pier with Kander and Ebb, and transformative revisions of the books for other works by that team such as Flora, the Red Menace and Chicago). (Full disclosure: he’s also my brother-in-law and I’ve had the pleasure of following his career in the theater and around the dinner table for about 40 years).

In the writer’s own words, in this new version “Every character must decide what’s to be gained–and what’s to be lost–in the New World… I have followed Joe’s example from other projects he has written and reduced the size of the story, making it much more intimate and personal… And I have given them the universal challenge: what would I do for my child in a new world? How would I guide them in a world full of unknowns? What can I bring to America that is uniquely my own?”

The resulting work is more focused, faster-moving, and uses musical numbers and interludes even more effectively as integral storytelling tools. As we have been exploring the world of the piece in rehearsals, we have found that it grips us instantly with the pulsating energy of the prologue and never lets us go until the last inspiring strains of the great ensemble finale. This is, once again, a major new American musical, in the spirit of renewal and reinvention that has always made this country great.

We are honored indeed to be able to present the American collegiate (and DC-area) premiere of this new version, with, in Thompson’s words again, “the ink still wet,” during its continuing evolution after professional productions in Connecticut and Manchester, England, and on its way to a planned London production sometime this winter. And I am fortunate to be directing a terrifically diverse, multi-national ensemble of Mason students, representing this universal story with passion and commitment while embodying the textures of our community and our times. We look forward to sharing our story with you, and to your response.