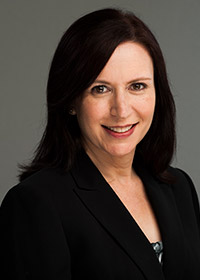 Mary appeared in several shows at Theater of the First Amendment (including The Warrior, in both the DC Capitol Fringe Festival and The NYC International Fringe Festival; Three Hotels; The Living; Sing Down the Moon; among others), and has worked at several Washington area theaters and in television (ABC's All My Children), radio (NPR's Morning Edition) and film (Barry Levinson's Avalon, MGM/Lionsgate thriller Hit and Run, and local independent films).

Mary is Founder and Artistic Director of Acting for Young People (AFYP). Since 1997 AFYP has provided professional-level acting training for students of all ages. Mary also serves as Associate Director of Mason’s Potomac Arts Academy. She is a proud member of the School of Theater’s Performance Faculty and is Head of Theater Education. She also taught for the School of Music and New Century College. Mary directed An Experiment with An Air Pump and Shakespeare in Hollywood for the Mason Players. She is a member of SAG-AFTRA, Actor's Equity Association, The American Association for Theater Educators, the Educational Theatre Association, and the City of Fairfax Commission on the Arts. Mary was honored as a 2013 “Teacher of Distinction” by Mason’s Center for Teaching and Faculty Excellence.