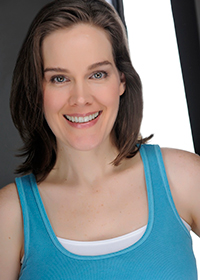 Since my time at GMU, I spent three years as a theatre artist in DC then went to VCU for my MFA in Theatre Pedagogy--Directing (graduated Dec 2003). I took a job as the head of the Speech and Drama Dept at Dodge City Community College in SW Kansas in 2004 and then pursued a PhD at the University of Oregon the following year. I specialized in acting theory and completed my degree in Nov 2009. I turned my dissertation into the book "Arthur Lessac's Embodied Actor Training," now published by Routledge. While working on my dissertation, I lived in Sydney with my husband and acted in a few films from 2008-2009. I became a certified trainer in Lessac's voice, speech, and movement work in 2010.