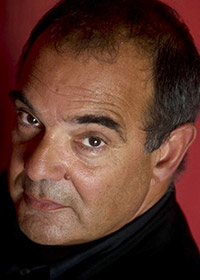 Edward Gero, (Associate Professor, B.A., Montclair State College) is Performance Area Head for the School of Theatre at Theater at George Mason University. A veteran of the Washington theatre community, he is a four-time recipient of the Helen Hayes Award. In 2015, he created the role of Justice Antonin Scalia in the world premiere of Molly Smith’s acclaimed production of John Strand’s play The Originalist. The play has toured to Asolo Rep in Sarasota, Florida, The Pasadena Playhouse, and will continue to Chicago’s Court Theatre in May of 2018. Other political roles include Richard Nixon in Nixon's Nixon at Roundhouse Theatre in 1999 and 2008, which earned him a Helen Hayes nomination for Outstanding Lead Actor both times. He has also appeared as Mark Rothko in Robert Falls’ production of RED at the Goodman Theater in Chicago and Arena Stage in Washington, DC. In 31 seasons with the Shakespeare Theatre Company, he most recently appeared as King Henry in Henry IV, parts 1&2. 70 other roles for STC include Hotspur in Henry IV (Helen Hayes Award), Bolingbroke in Richard II (Helen Hayes Award) and Macduff in Macbeth(Helen Hayes Award).  Other DC credits include Scrooge in A Christmas Carol at Ford's Theatre; Salieri in Amadeus at Roundhouse Theatre; Donny in American Buffalo at The Studio Theatre and Sweeney Todd in Sweeney Todd at Signature Theatre. Film and television credits include House of Cards, Turn: Washington’s Spies, Die Hard II, Striking Distance, and narrations for The Discovery Channel and PBS. He earned a BA in Speech and Theater at Montclair State University. Mr. Gero was honored to receive the 2015 Lunt-Fontanne Fellowship.

His website with course information is located at: http://mason.gmu.edu/~egero